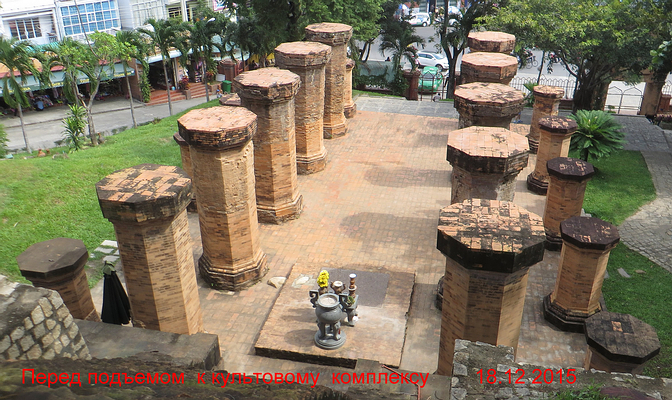 In the 14th century, the Kingdom of Champa fell into the hand of the invading Viet, whose descendants are today the Vietnamese people. A small minority of Cham people, now an ethnic minority, still live in the central plain somewhere near Danang. Although most Cham people have converted to Islam, they still worship their gods at Po Nagar Cham Towers during annual religious festival of Thap Ba, which falls around the end of April and the beginning of May 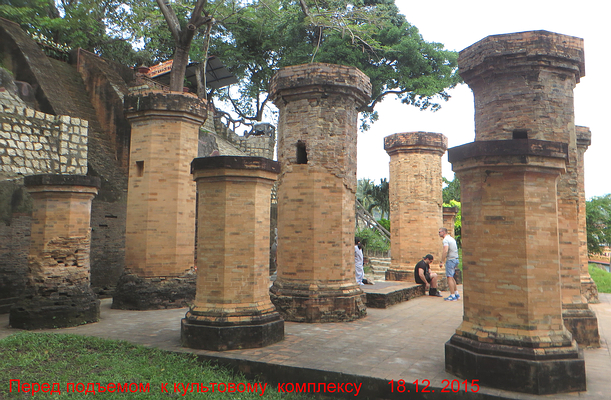 Located on the top of Cu Lao mountain near Cai river entrance, Ponagar Tower is part of the greatest historic complexes in the old Champa territory with the architecture influenced significantly by Hinduism. The whole architectural complex was estimated to be constructed between the 8th and 13th centuries in order to worship Yan Po Nagar – the country goddess, who was identified as an affiliation of the Hindu goddesses: Bhagavati and Durga, and called Thien Y Thanh M?u in Vietnamese.

This has become a unique example of a collective culture – the Champa, created by the harmony between two cultures, the ancient Vietnamese and Indian.

The history of Champa begins in prehistory with the migration of the ancestors of the Cham people to mainland Southeast Asia and the founding of their Indianized maritime kingdom based in what is now central Vietnam in the early centuries AD, and ends when the final vestiges of the kingdom were annexed and absorbed by Vietnam in 1832. 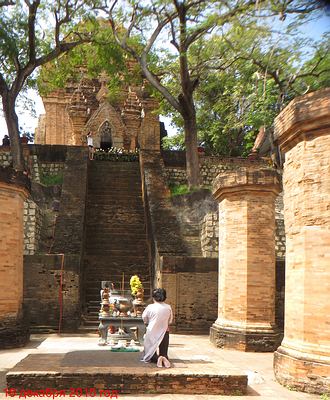 is one of the many relics of the Champa Kingdom, which was the most significant power in South Vietnam from 200 - 1720 AD. The architectural complex of the ancient Ponagar Towers is the most unique symbol of the long-standing culture of the Cham people. Built between the 7th and 12th centuries, these four Cham Towers are still actively used for worship by Cham, Chinese and Vietnamese Buddhists.

Originally the complex had seven or eight towers, but only four towers remain, of which the 28m-high North Tower (Thap Chinh), which dates from AD 817, with its terraced pyramidal roof, vaulted interior masonry and vestibule, is the most magnificent. Inside the tower, there is a statue of a goddess made of black granite, 2.6m high, sitting on a lotus-shaped stone base, leaning back on a large fig leaf-shaped stone plate. The statue is considered a masterpiece of the Cham sculpture. The other three towers are dedicated to the Indian supreme God of Shiva and his two sons, Gods Sanhaca and Ganeca. 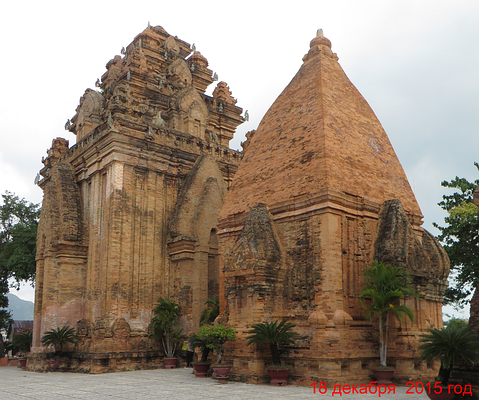 The Central Tower (Thap Nam) was built partly of recycled bricks in the 12th century on the site of a structure dating from the 7th century. It is less finely constructed than the other towers and has little ornamentation; the pyramidal roof lacks terracing or pilasters, although the interior altars were once covered with silver. There is a linga inside the main chamber. The South Tower (Mieu Dong Nam), at one time dedicated to Sandhaka (Shiva), still shelters a linga, while the richly ornamented Northwest Tower (Thap Tay Bac) was originally dedicated to Ganesh. To the rear of the complex is a less impressive museum with a few examples of Cham stonework.

The Ponagar Tower is not only a historical and cultural relic, but also a typical architectural and sculptural work of the Cham people.

All the towers were built using bricks and decorated with stones and ceramics. So far, the Cham people's technique on placing bricks tighter together without any kind of mortar or adhesive has remained a secret to researchers.

Every year, the locals organize the Thap Ba (Ponagar) Festival from March 20th to the 23rd according to the lunar calendar to praise the merits of Thien Y Thanh Mau Ana, the Goddess who reclaimed new lands, kept the race alive, found the rice and taught the local people to cultivate and make handicraft products. 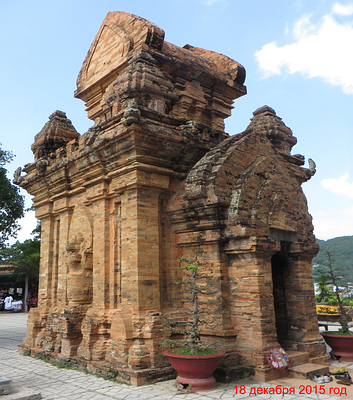 During the festival, many religious rites and cultural activities are held in front of the main tower, including ceremonies to pray for peace, happiness and prosperity and performances of dancing, singing and acting out old stories. To introduce and promote the unique cultural features of the Cham people, the management board of the Thap Ba Tower Complex invites Cham dancers and artisans to participate in some artistic programmes held on Saturday and Sunday nights to entertain tourists. 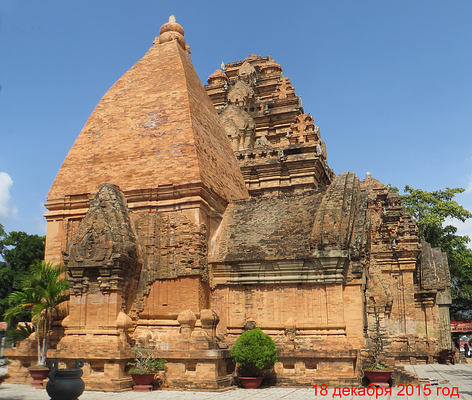 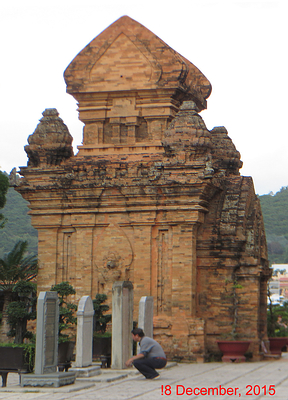