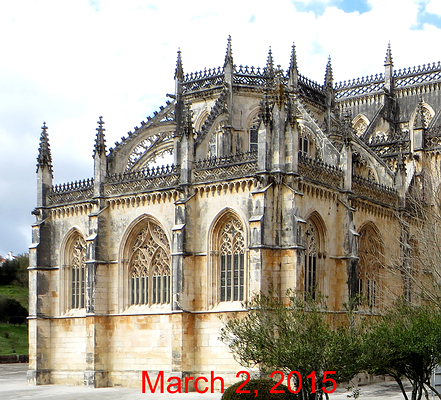 Founder's Chapel Tomb of John I and Philippa

The square Founder's Chapel (Portuguese: Capela do Fundador) was built between 1426 and 1434 by the architect Huguet on orders of King John I to become the first royal pantheon in Portugal. It gives a perfect synthesis between Flamboyant Gothic and the English Perpendicular style, as Philippa of Lancaster had brought along a few English architects. The chapel consists of three notional bays and a central octagon buttressed by eight piers, adorned with crockets, supporting deeply stilted arches

The joint tomb of King John I of Portugal (d.1433) and his wife Philippa of Lancaster (d.1415) stands under the star vault of the octagon. Their statues lie in full regalia, with clasped hands (expressing the good relations between Portugal and England) and heads resting on a pillow, under elaborately ornamented baldachins. The coats of arms of the houses of Aviz and Lancaster are on top of these baldachins, together with the insignia of the Order of the Garter. On the cover plate of the tomb are inscribed in repetition the mottos of the king Por bem ("for the better") and of the queen Yl me plet ("I am pleased"). Tombs of the four princes (from left to right): Ferdinand, John, Henry, Peter 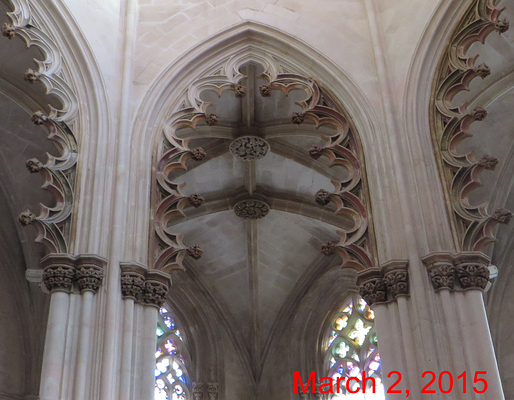 This octagon is surrounded by an ambulatory with complex vaulting. At the south wall stand a row of recessed arches with the tombs of the four younger sons of John I, together with their spouses. From left to right: Ferdinand the Holy Prince (a bachelor, he died a prisoner in Fez in 1443; his bodily remains were later recovered and moved here in 1473); John of Reguengos, the Constable of Portugal (d.1442), with his wife Isabella of Barcelos (d.1466); Henry the Navigator (under a baldachin, d.1460, a bachelor); and Peter of Coimbra (regent for Afonso V, 1438–1448, who was killed at the Battle of Alfarrobeira in 1449; his remains were moved here in 1456) with his wife Isabella of Urgell (d.1459).

The three tombs on the west wall are copies of the original tombs of King Afonso V (r.1438–1481), John II (r.1481–1495) (empty because Massena's soldiers threw away the bones) and his son and heir, Prince Afonso (who died in an accident at the age of seventeen, predeceasing his father). 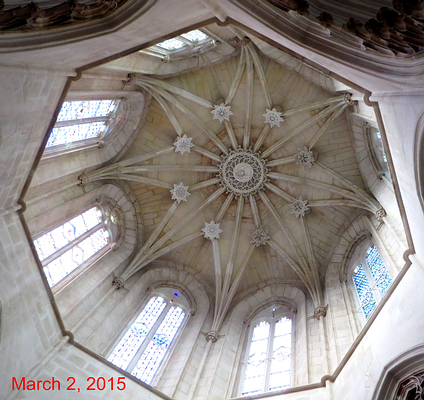 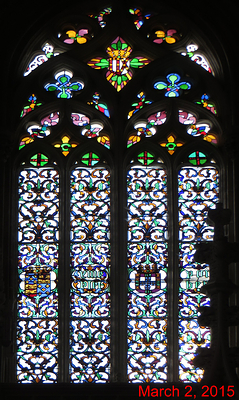 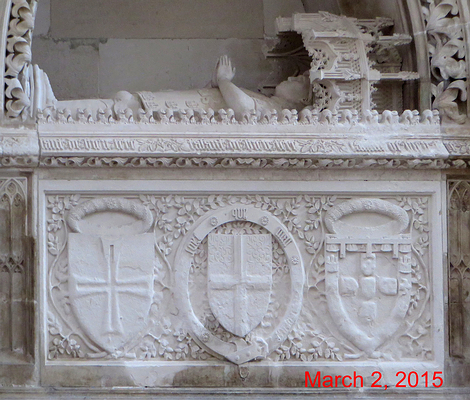 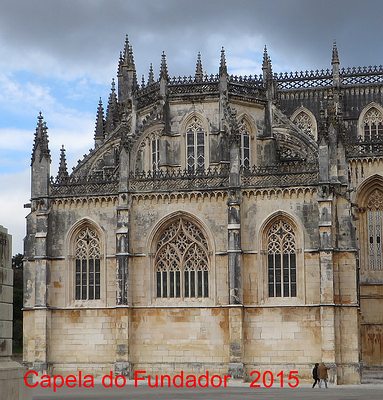 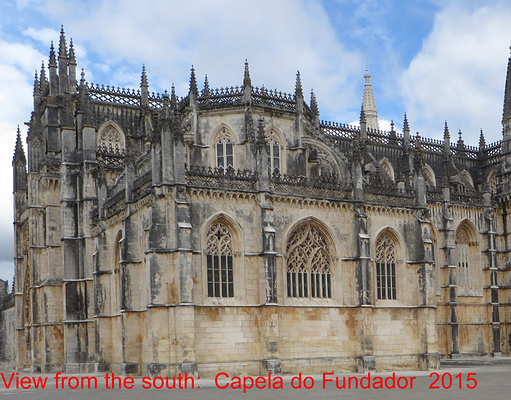