It is a delicate palace which can be seen while visiting the Amber Fort. It has forty pillars and is a best example of intricate craftsmanship. It was built by Mirza Raja Jai Singh between 1631-40, it is located close to the Machchhi Bhawan. The wide assembly hall measures 201 дюйм by 67 дюйм and has flat roof with two gateways of arched red sandstone to the north and south. 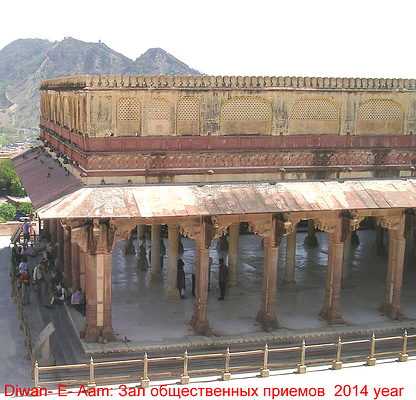 The hall is divided in three parts and has nine bold arches. This is built in red sandstone and is plastered with white shell plaster which looks like white marble. There is also a raised rectangular stage from where the emperor used to address the audience.

Diwan- E- Aam is the initial fragile palace that will be seen, as one come across the the palace region through an inflicting stairway. The forty pillars of the chamber have carved out paintings by the artisans of Rajasthan and precious stones are embedded on them.

It is featured with fabulous alabaster work, extra ordinary floral glass inlay designs, and smooth marble lattices. Many chambers, rooms and galleries are also there which were once used by princes and other royalty. A separate place similar to a pavilion is also there from where Maharajahs used to receive its general public and used to hear their problems and several issues regarding the kingdom. During the proceedings the king used to sit in the mid of the chamber with his prominent courtiers and officers on the northern side and the less prominent officials and the general public sat on the western part of the chamber and in the adjoining courtyard.

From the southern area of this palace the royal ladies used to watch the proceedings of Diwan- E- Aam from the Zenana house which means Women’s quarters and that’s why this part was always kept clear. Shah Jahan was very fond of marble which can be seen in Diwan- E- Aam or Hall of Public Audience. It was built in marble and it was the place where the Raja addresses its general public as well as other courtiers from its nobility. 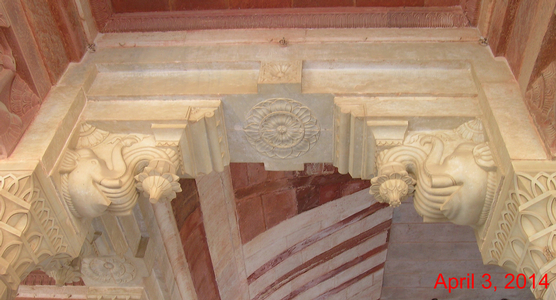 ‘Takht-i-Murassa‘ or the Throne room was made in marble and was embedded with precious stones and was connected with a three arched Jharokha. This room also have a way to the royal apartments from where the royal ladies used to watch the ceremonials of Diwan- E- Aam through the windows made of marble and these windows are covered with perforated screens on both sides of the Throne while not being seen by those in the hall. There is a dias of marble known as ‘Baithak’ below the chamber. Baithak serves the seat of Wazir, who reads the news to the emperor. There were silver balustrades for the nobility, where the courtiers used to stand according to their positions and ranks.

Opposite to the Diwan- E- Aam is the Sukh Nivas, which have doors of sandalwood and are decorated with ivory. There is a way running through the hall, which carried chilled water in earlier times which acts as an air cooler with the help of the breeze. The rooms have the magnificent decoration of mirrors. The shining mirrors lustures the walls and ceilings of the hall and can easily spellbind any visitor with their complex designs and patterns. 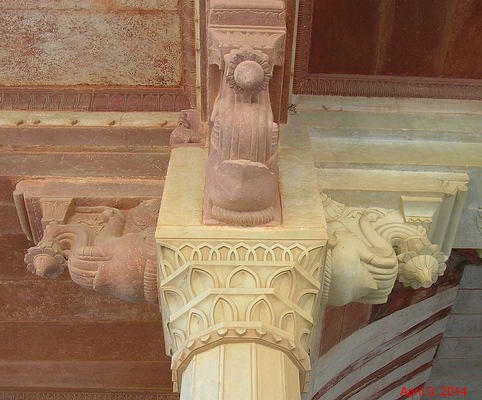 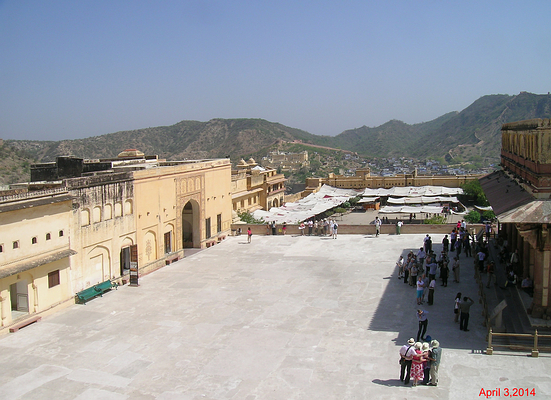 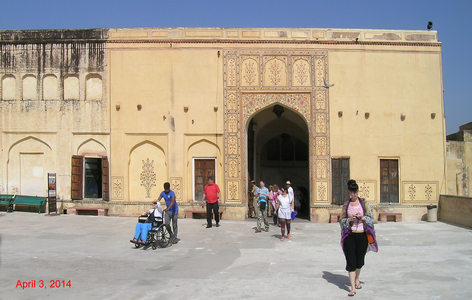