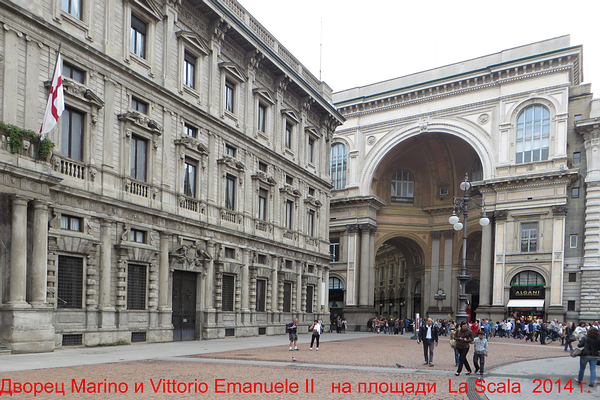 It is named after the renowned Teatro alla Scala opera house, which occupies the north-western side of the square; the building actually includes both the opera house and the Museo Teatrale alla Scala (La Scala Museum), dedicated to the history of La Scala and opera in general. On the opposite side to "La Scala", to the south-east, is the facade of Palazzo Marino, Milan's city hall. Another relevant building on the square, on the north-eastern side, is the Palazzo della Banca Commerciale Italiana. The south-western side of the square has the entry to the Galleria Vittorio Emanuele as well as Palazzo Beltrami.

Most of the architecture of the square is due to architect Luca Beltrami, who designed the eponymous palace, the facade of Palazzo Marino, and the Banca Commerciale Italiana building. The centre of the square is marked by the monument of Leonardo da Vinci by sculptor Pietro Magni (1872). 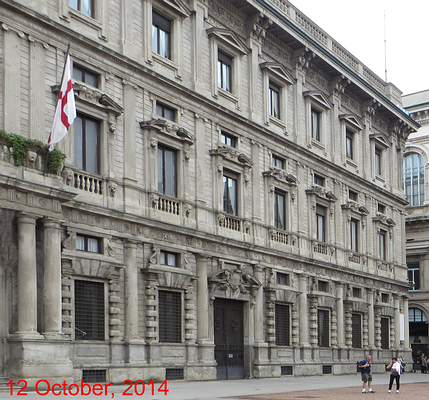 Piazza della Scala is a relatively recent addition to the plan of Milan's centre. The oldest building on the square, Palazzo Marino, dates back to the 16th century (completed in 1563) at the time, nevertheless, the square did not exist (the area was occupied by buildings).

In fact, the main facade of Palazzo Marino was originally the one facing Piazza San Fedele, to the south-east (i.e., exactly opposite to Piazza della Scala). Likewise, when La Scala was built (in 1778), it was facing a street rather than a square. It was only in the late 19th century that the authorities of Milan initiated a thorough renovation of the area, which involved the creation of the square. Luca Beltrami first contributed with Palazzo Beltrami (1886), then with the new facade of Palazzo Marino (1888–1892), and, much later, with the Banca Commerciale building (1923–1927).

The palace was built for, and is named after, the Genoan trader and banker Tommaso Marino. It became a property of the State in 1781.

The palace was built from 1557 to 1563 for Tommaso Marino. It was designed by architect Galeazzo Alessi from Perugia. Its main facade was originally that facing Piazza San Fedele, as Piazza della Scala didn't yet exist the corresponding area was occupied by buildings. The construction was occasionally slowed down by the opposition of the population, that had a very conservative attitude towards the architecture of the centre of Milan. 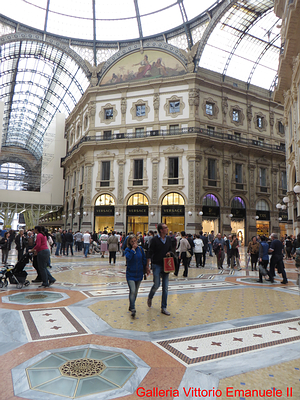 Several sculptors from the Fabbrica del Duomo were involved in the decorations of Palazzo Marino. In the courtyard, sculptures were erected representing the Labours of Hercules and the Metamorphoses. The ceiling of the main hall (now known as "Salone dell'Alessi") had frescos and stuccos with the Marriage of Cupid and Psyche by Andrea Semini and Ottavio Semini.

The four corners of the ceiling were also decorated with paintings by Aurelio Busso representing the Four Seasons. Further frescos as well as bas reliefs decorated the walls, with mythological themes such as the Muses, Bacchus, Apollo and Mercury by Ottavio Semini. The reliefs depict the story of Perseus.

When Marino died leaving his family bankrupt, the palace became a property of the State, but in 1632 it was sold to another banker, Carlo Omodei. The House of Omodei never inhabited the palace, which maintained its original name "Marino" and was rented to several notable Milanese.

In 1781, the palace was once again bought by the State (the notable Milanese scholar Pietro Verri had an important role in convincing the authorities to buy the palace) and became the seat of administrative and tax offices. The palace was then restored, with the supervision of architect Giuseppe Piermarini, who was responsible for the renovation of the entire area.

In 1848, after the Five Days of Milan, the palace was temporarily used as the seat of the new government of Lombardy.

It was finally elected as Milan's city hall on 19 September 1861. The acquisition of the palace by the city administration marked a new thorough restoration of the building and the surrounding area. The block that occupied what is now Piazza della Scala was demolished to create the plaza; the facade of Palazzo Marino facing the plaza was renewed to become the palace's main facade (on a design by Luca Beltrami, completed in 1892). 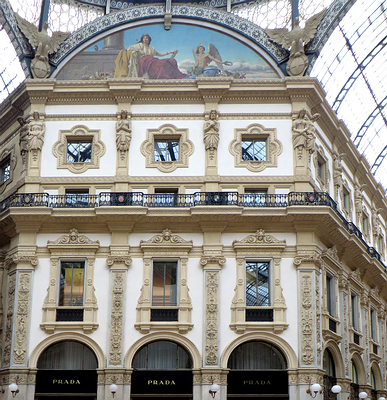 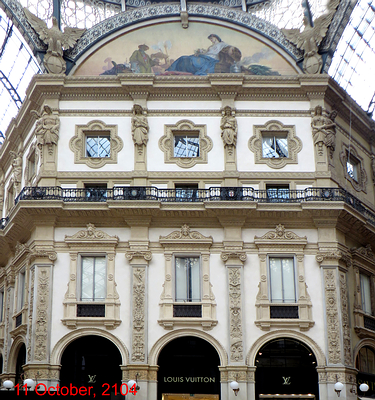 A second major restoration, directed by Arrigo Buonomo, occurred after the end of World War II. The original stuccos and frescos in the Salone dell'Alessi (which had been severely damaged by bombings) were recreated ex novo by notable artists of the time. 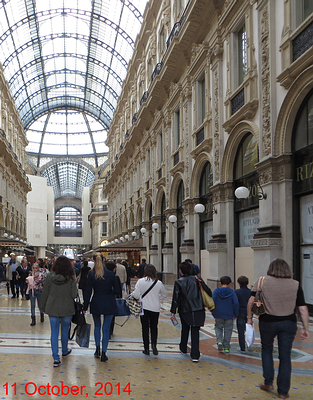